Microgaming is one of the oldest online casino game developers that’s known for iconic slots like Avalon 2, Thunderstruck 2, Game of Thrones and Ariana. Their game Absolootly Mad Mega Moolah also holds a Guinness World Records title for the biggest jackpot ever paid out in an online slot game. For more info about their latest games, see my full Microgaming slot reviews below.

Here are some of the latest reviews.

Slots bonus
Up to £400 Bonus on Classic Slots

Microgaming has over 1,000 casino games, including new slots made by their independent game studios like Stormcraft and Triple Edge. Here are a fraction of some of their most popular games that I’ve managed to review over the past few years, including bonus features and recommended casinos where you can play them. Stay tuned, there will be more to come!

Jungle Jim and the Lost Sphinx

New customers only. Register with code GAMES100. Deposit and stake £10 or more, within 7 days, on Slots at Betfred Games to receive 100 Free Spins on selected titles. The 100 Free Spins can only be used on any one of the following games: Beavis and Butt-Head, Eye of Horus, Fishin’ Frenzy, Slots O’ Gold Megaways, Ted Jackpot King, The Goonies Jackpot King. Free Spins credited within 48 hours. Free Spins are valid for 7 days. E-Wallet & Card restrictions apply. SMS validation may be required. Further T&Cs apply.

Welcome bonus for new players only. Maximum bonus is 100% up to £100. Min. deposit is £10. No max cash out. Wagering is 40x bonus. Maximum bet while playing with a bonus is £5. Eligibility is restricted for suspected abuse. Skrill & Neteller deposits excluded. Gamble responsibly. Full T&C apply.

Welcome bonus for new players only. 5 free spins on registration (max withdrawal £100). Maximum bonus is 100% up to £100. Min. deposit is £20. No max cash out. Wagering is 35x bonus. Maximum bet while playing with a bonus is £5. Eligibility is restricted for suspected abuse. Cashback is cash with no restrictions. Skrill & Neteller deposits excluded. Cashback applies to deposits where no bonus is included. Play responsibly. Full T&C.

First Deposit Only. Min. deposit: €10, max. Bonus €100. Game: Book of Dead, Spin Value: €0.1. WR of 30x Deposit + Bonus amount and 60x Free Spin winnings amount (only Slots count) within 30 days. Max bet is 10% (min €0.10) of the free spin winnings and bonus amount or €5 (lowest amount applies). Spins must be used and/or Bonus must be claimed before using deposited funds. Deposit/Welcome Bonus can only be claimed once every 72 hours across all Casinos. New 18+ players only. Gamble responsibly. More details.

18+. New players only. Min. deposit £20. Max. bonus bet is £5. Bonus spins on selected games only and must be used within 72 hours. Winnings from Bonus spins credited as bonus funds and capped at £20. Bonus funds expire in 30 days, unused bonus funds will be removed. Welcome Offer is 100% match up to £300 plus 50 bonus spins on your 1st deposit. Bonus funds are separate to Cash funds, and are subject to 40x wagering the total bonus + cash. Only bonus funds count towards wagering contribution. Affordability checks apply. Terms apply.

First Deposit Only. Game: Masked Singer UK, Spin Value: £0.10, Max Free Spins: 100. WR 60x free spin winnings amount (only Slots count) within 30 days. Max bet is 10% (min £0.10) of the free spin winnings amount or £5 (lowest amount applies). Spins must be used and/or Bonus must be claimed before using deposited funds. Deposit/Welcome Bonus can only be claimed once every 72 hours across all Casinos. Bonus Policy applies.

Terms and Conditions apply. New players only. 18+. Min deposit £20. Max bonus £50 & 50 spins on Fire Joker Freeze. Wagering requirements apply: 35x. Offer valid for 24hr. Spins are available for 24 hours after being credited. Use the promo code in the link. Valid until 31.12.2023. BeGambleAware.org.

18+, new customers only. SMS validation required. No deposit required. The spins will have an in-game value of £0.10 per spin. Wagering requirement: 60x bonus in 7 days. Capped at 4x the bonus amount awarded up to a maximum of £200. General Terms and Conditions apply.

New Players only. 18+. Min Deposit £10. No wagering applies. Spins available for 24 hours after being credited. Use promo code in the link! Valid until 31.12.2023. BeGambleAware.org. Full T&C apply. 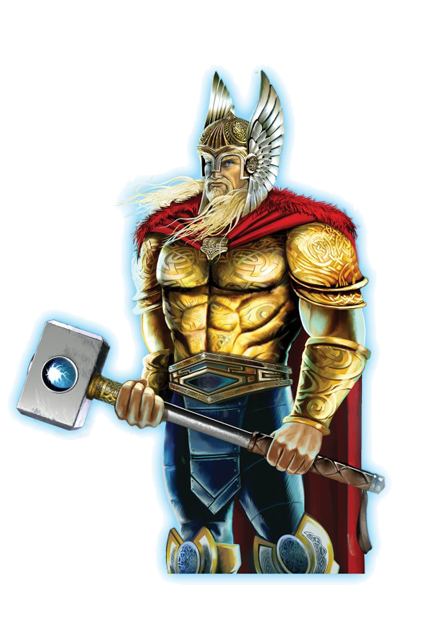 Microgaming was founded in 1994 and is headquartered in the Isle of Man, a small island between Great Britain and Ireland, which among other things is known for its roads without speed limit.

The company’s first video slots date back to 1998, whereas one of the industry’s first progressive jackpot slots, Cash Splash, came out only a year later. Over the two decades, the studio has grown a large fan base and become a favourite game provider across hundreds of online casinos. And as of May 2021, exactly 95 players have become millionaires playing their record-breaking jackpot slots.

As the years went by the company had lost some of its reputation, something which John Coleman, CEO of Microgaming, is steadily changing for the better. The company now comprises many smaller independent game studios, allowing more fresh content and features to hit their portfolio than ever before.

In 2016 Microgaming started to diversify their production of games by officially grouping developers into separate studios and working with new independent game studios on an exclusive basis. Some of these teams have developed slots for them since the very beginning, others have joined just recently.

Here’s an overview of each studio and their games: 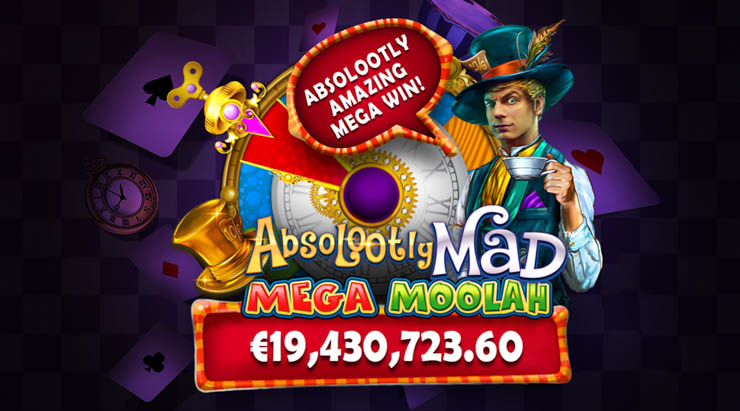 Ever since Mega Moolah came out in 2006 it became an instant hit. That was followed by other Mega Moolah slots with the same Mega Jackpot, like Summertime, and 5 Reel Drive back in 2009.

Since then, Microgaming’s record-breaking progressive jackpot network has awarded more than €1.3 billion in jackpot payouts. The biggest one, €19,430,723.60 was paid out in 2021!

After more than a decade, Microgaming got a second breath by announcing new and bigger progressive jackpot slots like Wheel of Wishes WowPot!, and new Mega Moolah series like Absolootly Mad (based on the Lara Croft slot), and Atlantean Treasures (with a 200-credit max bet!). June 2021 will see the release of Immortal Romance Mega Moolah, which is one of the best games ever made.

💡 Did you know? – Their jackpot games pay out bonus rounds proportionately to the stake, so the higher you bet, the more often you win.

Some other exciting collaborations for 2020 and beyond include a new version of the Game of Thrones Online Slot, a deadmau5 branded slot, and a sequel to the Tarzan slot.

Until a while ago, Microgaming powered slots had a recognisable feel to them, often featuring large symbols and the more traditional 5-reel format. Nevertheless, most of their games tend to include Free Spin bonuses and occasionally one or more proprietary features.

Smashing Wilds, Growing Wilds, Invading Wilds, Quickening Wilds, Dancing Wilds, Winning Wilds, Stashed Wilds, Flaming Wilds, Frosty Wildz, Wild Desire – these are just some other features that can be found across their portfolio, including Dragonz, Break Away, and Immortal Romance.

Here’s what it took to produce the Jungle Jim 2 slot.

Some of Microgaming’s other all-time hit slots include Immortal Romance, Mega Moolah, Thunderstruck, Avalon, Game of Thrones, Agent Jane Blonde, Break da Bank Again, and Jurassic Park. As hinted to me by the guy who directed most of these games, players may soon also see the release of Thunderstruck 3 and Immortal Romance 2!

Starting from the very first online casino game through to the biggest progressive jackpots, Microgaming remains one of the most sought-after slot providers in online gaming. Although the end of the last decade wasn’t their strongest in terms of popularity, it seems like they are finally starting to find their way back to the top where they came. Either way, their classics have left a lasting legacy for all types of slot enthusiasts to discover until today.

What are the best Microgaming slots?

Some of the best Microgaming slots ever made include Immortal Romance, Mega Moolah and Thunderstruck 2. Some of their newest ones to try is Book of Oz. One very underrated game of theirs is Football Star.

What are the most popular Microgaming slots?

Does Microgaming have progressive jackpot slots?

Yes, one the biggest ones you can find actually. See Mega Jackpot and WowPot! in slots like Mega Moolah and Wheel of Wishes.

Where can you play Microgaming slots?

How good is Microgaming’s RTP?

Can you play Microgaming slots in the UK?

Yes, all of their games are licensed by the UK Gambling Commission.

It’s hard to find a more regulated developer than Microgaming. Their games are licensed in more than 20 jurisdictions worldwide, including Europe and LATAM. As an interesting fact, Microgaming is also a founding member of eCOGRA (e-Commerce Online Gaming Regulation and Assurance), which sets standards for fair and responsible gaming.