NetEnt is one of the leading online casino game developers which shook the industry with games like Starburst, Dead or Alive, Gonzo’s Quest, Twin Spin, and Jack and the Beanstalk. Some of them still rank highly in the best slots to play for most players. It also happens to have one of the most rewarding of progressive jackpot slots, Mega Fortune, which recorded its largest win of more than €17.8 million in 2013.

Here’s a selection of reviews of some of NetEnt’s most prominent and award-winning slot games, starting with the most recent ones.

NetEnt produces over 20 new slot games every year. Here’s some more of the latest slots that I recently played and reviewed based on overall experience.

Slots bonus
Up to 300 Bonus Spins on NetEnt Slots

The developer has over 200 slots in its portfolio, all of which have some of the best visual and sound effects, but also different volatility levels and bonus features for every taste. The average theoretical average return to player (RTP) is above 96%, which means their games are among the player friendliest. More on that and recommended casinos in each review.

There are plenty of great slot sites with NetEnt bonuses, including Free Spins on popular slots like Dead or Alive 2, Starburst, Wild Wild West, Finn and the Swirly Spin, and Asgardian Stones. These are some of the best casinos to start playing NetEnt slots today.

For exclusive games and promotions Mr Green is the king

Welcome bonus for new players only. 5 free spins on Starburst, Spinsane or Joker Pro on registration (max withdrawal £100). Maximum bonus is 100% up to £100. Min. deposit is £20. No max cash out. Wagering is 35x bonus. Maximum bet while playing with a bonus is £5. Eligibility is restricted for suspected abuse. Cashback is cash with no restrictions. Skrill & Neteller deposits excluded. Cashback applies to deposits where no bonus is included. Play responsibly. Full T&C. 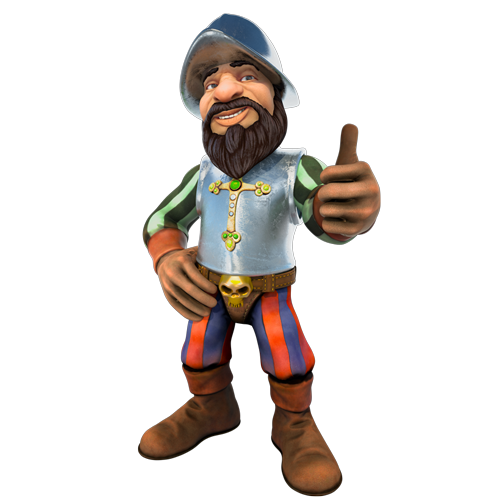 NetEnt (formerly Net Entertainment) was established in 1996 and is headquartered in Stockholm. The company is listed on Nasdaq Stockholm (NET– B) and employs around 1,100 people with offices in Malta, Sofia, Kyiv, Krakow, Gothenburg, Gibraltar, Isle of Man, London and New Jersey as of 2020.

One of the monumental events in the company’s recent history is the acquisition of Red Tiger for over £200 million in September 2019. This has given rise to NetEnt slots with MegaWays and allowed for a number of common projects, including the use of Daily Jackpots on NetEnt games! Another major turnaround happened in 2020, when Evolution made a public offer to acquire the company for £2.1 billion. All that has created a positive momentum which may once again give the group a competitive edge which they’ve lost among increasing competition over the past few years.

NetEnt games are best known for their quality but not so much for their winning potential. There are some exceptions though, like Dead or Alive 2, which has produced wins of over 100,000x.

Most of their video slots are full of features and are very cinematic. This includes Free Spins, Stacked Wilds, and Multipliers, but also some more unique and trademarked features like Swirly Spin™, Staxx™, and MAX Bigger Hits!™ which increases the potential win from 1,500 to 7,000x in slots like Victorious. Nevertheless, there are also a few classic slots like Jackpot 6000, Joker Pro, Mega Joker, Starburst, and Twin Spin.

Together with Red Tiger, the company has also revamped some old classics by adding the MegaWays feature which boosts paylines up to 117,649, like they did with Piggy Riches MegaWays (2020) and Fruit Shop MegaWays (2021).

💡 Did you know? – The biggest win to date (and the world record at that time) of €17.8 million was triggered on the Mega Fortune slot by a 40-year old man from Helsinki at Paf Casino on 20 January 2013. Here’s that insane win as it happened:

Something to look out for in the future includes games like Starburst PowerPots and the integration of MegaWays with other popular NetEnt slot titles, which have been quite popular so far.

NetEnt slots have proven to be very popular among online casino players for over 20 years. Although the company’s reputation is not what it used to be during the heydays of flagship slots like Starburst and Gonzo’s Quest, the group and its new CEO Therese Hilman seem to be on the right track to disrupt the industry once again, and now with the support from Evolution. Hope my reviews will make your life easier by helping you to choose the best from their many games.

Here are some good-to-know facts about this Swedish game developer.

What are the best NetEnt slots?

What are the most popular NetEnt slots?

Some of the most popular NetEnt slots are Starburst, Gonzo’s Quest, Dead or Alive, Twin Spin, Divine Fortune, Piggy Riches, Finn and the Swirly Spin, and Secret of the Stones.

Does NetEnt have progressive jackpot slots?

Yes. Some of their most popular progressive jackpot slots include Mega Fortune, Hall of Gods and Divine Fortune. Watch out for new games like Starburst PowerPot!

Where can you play NetEnt slots?

You can play NetEnt slots for free and real money at most UK and overseas online casinos, including Canada and LATAM. Check the list of slot sites above to pick one that’s most recommended.

How good is NetEnt's RTP?

Can you play NetEnt slots in the UK?

UK is one of NetEnt’s biggest markets, which is why all of their games are certified by the UK Gambling Commission. Note that some game features like Feature Buy may not be available due to local regulations.