Blueprint Gaming is a UK-based company that’s known for its many branded games like Deal or No Deal™, Naked Gun™ and TED™. It was also the very first to license the MegaWays™ mechanic from Big Time Gaming in 2018, which has been a major success thanks to popular MegaWays slots like Genie Jackpots, Primal, Vikings Unleashed, and Return of Kong. Check out the full game reviews below or scroll down to read more about the game provider.

More of the latest reviews with game details

Wish Upon a Jackpot MegaWays™

Welcome bonus
Get up to €750 in Welcome Bonuses

All Blueprint Gaming slot reviews. Their games feature wins of up to 50,000x the total bet, tend to have a lower RTP which is around 96%, and have stunning visuals and sound effects. And why wouldn’t they?! – The company has been developing slots for the land-based and online gaming industry since 2001!

Deal or No Deal Megaways

Wish Upon a Leprechaun MegaWays™

If you’re looking to play Blueprint slots at UK slot sites then here are some of the best brands to choose from, including Blueprint bonuses.

Slingo bonus
Get £10 on any Slingo game
Foxy Games

Welcome bonus
Get up to €750 in Welcome Bonuses
Vegas Baby

Maximum bonus is €/$123. Max bet with bonus is €/$5. No max cash out. Wagering is 50x – Skrill & Neteller excluded. Eligibility is restricted for suspected abuse. Cashback is cash, so no wagering. Cashback applies to deposit where no bonus is included. New 18+ players only. Gamble responsibly. Full T&C apply.

New customers only. First 3 deposits only. Min deposit: £10. These Spins will be worth 25p each and valid on Wolf Gold. 40x wagering (bonus + spins). Game weighting applies. The maximum conversion amount from bonus funds will be capped at 4x the initial bonus amount awarded. For example, a £10 bonus would convert into a maximum amount of £40 cash once wagering is completed. T&C apply.

Free spins as part of the welcome bonus can be played on either: Wild Wild West, Finn and the Swirly Spin, Spinsane, Aloha, Starburst or Joker Pro. Min deposit: €/$/£20. Skrill and Neteller deposits don’t qualify. Wagering requirement: 40x bonus within 30 days (non-sticky bonus). NOTE: 10% cashback on on all lost deposits, the next day. It can be left to build up, redeemed and withdrawn immediately, or redeemed and played with no wagering requirements. Game weighting applies. New 18+ customers only. Play responsibly. Full T&C.

18+. Open to UK residents who have registered through the relevant affiliate link after 04.01.2020. T&Cs apply. Get 50 EnergySpins (ES) on Book of Dead™️ (£0.10, valid 7 days) with your first deposit. Offer not available for any deposits thereafter. Available once per customer. Opt-in by choosing the Welcome Offer tab before making your deposit, otherwise select “NO BONUS”. Winnings from ES carry no wagering requirement. Max winnings are capped at £100. Irregular gameplay may affect eligibility. BeGambleAware.org. Play responsibly.

Welcome bonus
EXCLUSIVE
Get 100% Bonus Up to €/$100
SlotsMillion

Welcome bonus for new players only. 5 free spins on registration (max withdrawal £100). Maximum bonus is 100% up to £100. Min. deposit is £20. No max cash out. Wagering is 35x bonus. Maximum bet while playing with a bonus is £5. Eligibility is restricted for suspected abuse. Cashback is cash with no restrictions. Skrill & Neteller deposits excluded. Cashback applies to deposits where no bonus is included. Gamble responsibly. Full T&C.

Starburst bonus
Up to 100 Free Spins on Starburst
O'Reels 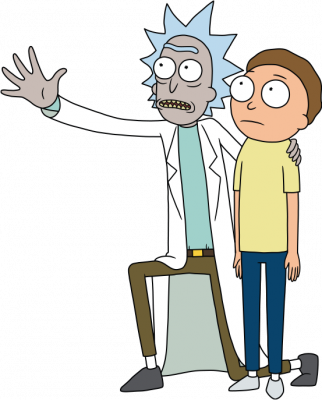 Blueprint Gaming was founded in Atlanta, Georgia, US in 2001. Originally focusing solely on the land-based market, the company diversified into online gaming until Gauselmann Group (a family-owned German conglomerate which also owns Merkur) purchased 50% of the company in 2008 and then the rest in 2012. Since that time the group of companies has been the sole shareholder of Blueprint Gaming.

Blueprint has continued to develop original online slots and online versions of their popular land-based games more or less independently. Although the main market is the UK, their slots are available across the world, including regulated markets like Denmark, Romania and Malta. That said, you can rest assured that they’re among the best in the business — here’s why.

Some of the more prominent titles to try to include Rick and Morty™ (our best branded slot for 2020), Count Duckula™, Deal or No Deal™ What’s In Your Box, Naked Gun™ Roaming Wilds, TED™, Mars Attacks!™, Inspector Gadget™, Beavis and Butt-Head™, The Goonies™, and ThunderCats™. Read my exclusive Q&A with Jo Purvis, the Director of Marketing and Relationships, for more tips.

Here’s a sneak peek at one of those games:

In 2017 the company signed the first-of-its-kind agreement with Big Time Gaming (BTG) that allows them to design and develop their own games using MegaWays™, which debuted in BTG’s Dragon Born.

Featuring up to 117,649 (mega)ways to win and win potential of up to 50,000x the total bet, Blueprint MegaWays slots have turned out to be among players’ favourites since the very first game: Diamond Mine MegaWays.

Other popular MegaWays slots of theirs include Rick and Morty MegaWays, Return of Kong, Genie Jackpot, Primal (RTP 96.76%), Legacy of Ra, Vikings Unleashed, Gods of Olympus, and Wish Upon a Leprechaun.

Here’s one of my personal favourites:

Blueprint is one of the few and first iGaming developers to launch a jackpot feature called Jackpot King (similar to Red Tiger’s Daily Jackpots).

It can be found in most of their non-MegaWays games and usually includes one big progressive jackpot (€1 million and more) and a couple of local jackpots which must drop before they reach a certain amount. This means you can win one of these random prizes at any time, proportionally to your stake.

Their biggest winner to date is Sean Doyle, a 33-year-old chef from Northern Ireland, who pocketed £4.3 million on the popular slot inspired by the 1996 classic sci-fi film, Mars Attacks!™ while playing on Paddy Power Casino on the 13th February 2019. Their second biggest win to date came from a lucky Sky Vegas player who won a massive £3.1million off just a 20p stake on the supplier’s The Pig Wizard game on 21 April 2017.

Here’s a preview of the jackpot feature in action:

Many Blueprint Gaming slots, like Buffalo Rising, Genie Jackpots and Diamond Mine Gold, are known to have a Bonus Buy feature. Using it, players can buy the main bonus feature for a given price (usually at around 100x bet).

This is a popular feature that’s rarely available with other providers. In 2019, the UK Gambling Commission put a ban on this, which meant that local players had to play the same game but without the feature buy option. This finally changed with All Action slots in 2020!

Buffalo Rising All Action, Diamond Mine Gold All Action and other All Action slots by Blueprint Gaming are modified versions of the same games but without the base game! Instead, players are asked to buy the bonus immediately as they enter the game, usually for 10-100 credits. The result? — More intense gameplay and bypassing the UK regulation, meaning UK players can now enjoy the Bonus Buy option in a different way.

Blueprint’s games are some of the most popular on the market partly because of their long history and know-how, but also because of the effort they put into designing fun and mathematically unique video slots. Although some of their games have disappointingly low RTP, the combination of features and win potential (especially in their MegaWays offering) should still make the slots very attractive, especially for high rollers and bonus fans.

Be sure to give them a try at recommended Blueprint casinos for the best experience and a chance to try your luck with one of the Jackpot King-enabled slots. To see what they’ve been up to